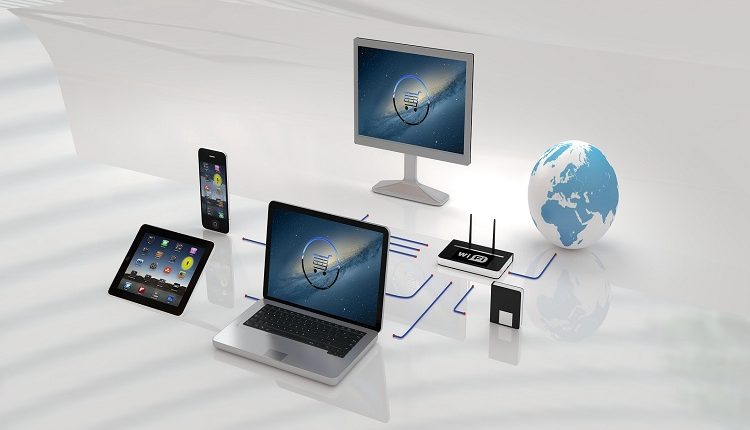 The Crucial Role of Linux in DevOps

DevOps is becoming a popular method in today’s development environment for many reasons. The number of adoptions at the businesses has increased on average by 8 percent in the past four years and is expected to increase further in 2020 as well. The methodology is designed to allow rapid replication without sacrificing the flow of work, improving efficiency and productiveness in general, and attribute and quality. However, ass more businesses are supposed to adopt this approach, the demand for skilled DevOps engineers has likewise grown. Unfortunately, there is still a great deal of ambiguity between what DevOps engineers expect regarding the requirements for success in this role and what current DevOps engineers offer. Based on the experiences and practices, it is analyzed that the most common lack of knowledge is understanding Linux and how to build it with respect to the DevOps on the business level.

Linux and DevOps: A Relationship

It is important to remember that most businesses now manage development projects with which Linux is already compatible. Although it is understandable that some of the DevOps domains are based on Windows, and most future DevOps projects will be Linux based. However, some businesses even develop custom features for their Linux distribution and recommend their engineers and developer too to conduct the Linux DevOps training in order to better analyze the features and implement to compete for the market values.

However, the engineers of Windows DevOps certainly have the capabilities to work with DevOps continuous integration. After all, a huge gain in the ratio of startups and fresh businesses entering software development departments has been noticed. All the same, many of the employers use some type of Linux operating system. Therefore, knowing Linux DevOps training is an important part of the core practice as a DevOps engineer.

Before pouring in the depth, this needs to be clear that the developers or programmers do not need to be a Linux expert in order to become an engineer of DevOps, although it must not be considered to neglect the computing system either. In addition to a general perception of Linux, one should also want to be able to talk about the advanced features of the computing system, group administration along with networking.

The reason for mastering the above mentioned three basic principles is simple: an individual might have asked itself this while readying for the screening in terms of DevOps roles. However, the engineers of DevOps must demonstrate a wide range of technological and cultural knowledge. Therefore, some of this comprehensive information should include an understanding of how best to maintain a fruitful early-stage development state of affairs. Though, engineers are also needed to maintain the stability of the operating systems in preparation for testing and delivery accordingly with respect to DevOps continuous integration.

Apart from this, it is not limited to even that., network information indicates that a developer or programmer can configure the network in order to better meet the needs of application development or more likely its microservices. This, however, might require tangled communication, routing, and regulation as well, especially if it is planned to run microservices based on multiple technical environments.

Getting Started With DevOps and Linux

To be a good DevOps engineer, an individual must need to learn the basics of Linux DevOps training, in addition to the DevOps continuous integration system. Even if not running a special operating system for a job, one should be able to identify it as part of the maintenance process respectively. However, a good DevOps engineer is considered as an advanced programmer and developer of cultural and technical software programs. Thus what makes the DevOps one of its broad adaptability and technical understanding of the value chain from various angles. For the people who become DevOps specialists: their learning process must begin with a thorough understanding of the DevOps cultural aspects. On account of this, it is supposed that DevOps is considering more than a technical approach or best practice methodology globally.

Though it combines philosophies of culture and tradition, business intelligence and continuous assessment in order to create an efficient environment of development. Although, as a DevOps engineer, a good mindset must be able to support and maintain a productive environment regarding cloud-based computing. Knowledge programming is another important part of DevOps. DevOps engineers do not need to know the technical aspects of the development process. The next step is interesting, one can then deepen the knowledge of server configuration and management, especially with Linux DevOps training and its use as an operating system in the development and deployment environment. To become an exceptional DevOps engineer, one can improve the skills in retail and web architecture.

A desktop computer running Linux configured for server development to simulate server development is also useful for both hardware and server management. Initiating the accurate development environment is just the beginning, then an engineer needs to know about the protocol of the Internet and how they work. Learn how to configure the server for networks, how to assist the protocols like H.T.T.P and F.T.P, and how to ensure the stability of the services. Again, an individual has the opportunity to raise the DevOps skills to a higher level by gaining advanced networking capabilities. Learn more about load equalization, detailed knowledge, and the security of the server.

Today, a DevOps engineer’s role is to continually look for improvements, the processes that teams work with or considered as part of the development process. Though the advanced skills, such as extensive experience in DevOps continuous integration learning, and Linux DevOps training with respect to management, safety, and automation, set an individual apart from others looking for the same job. However, being a DevOps engineer, it is identifiable as a matter of DevOps continuous integration learning, but initiating the Linux DevOps training is not only a way to start the learning process, but also a way to adapt the core skills to the needs of the future employers.