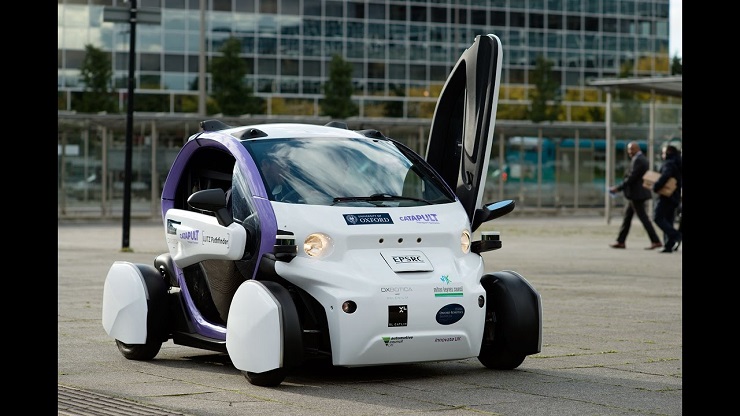 Robotic machines have evolved over the years from machines that merely help us do basic things or heavy duty lifting, to sophisticated machines that can help us achieve our day to day activities; some of which no one would ever have guessed could even be done by a machine. These are great milestones in the robotics community, and they show just how far we have come, as well as the kind of potential that we have to achieve what might seem to be the impossible.

One of these sophisticated robotics machines is the robotic car. A robot car is one that has the ability to move on its own with the help of sensors and cameras, and it can navigate through the environment that it is placed in with the help of little to no human actions. This kind of robot is more advanced and far from resemblance of the first kinds of robots, such as the palletizing robot.

Who they are made for

Robot cars are also known as self-driving cars, driverless cars or autonomous cars. They are great for people who do not have the ability to drive either because of some disability or because of medical reasons. They are also great for tourists who cannot drive themselves around, as well as for old or pregnant people. Robot cars are however not just limited to those groups of people, because anyone who can actually drives but hates the hustle that comes with it will find much comfort and satisfaction in a car that can drive itself.

In order for a robot car to be able to drive itself around safely and without the help of human input, it is built with several types of sensors to help it. Some of the sensors include a GPS which helps it to navigate and find the right location, a radar, a sonar, odometers, lidar, computer vision and inertial measurement units.

One of the best things about robot cars is the fact that they are very safe to drive in. unlike the usual type of normal cars which need the humans to do all the controlling, self-driving cars control themselves. This is a good thing because there will be no possibility that the car will get any fatigue, or over-speed or drive under the influence. These things are usually the main causes of road accidents, which reduce by virtue of not having a human doing the driving.

A successful robot car would prove to be more economic than a normal car. For starters, insurance of a car that is less likely to be involved in an accident is bound to be much cheaper than the rest. In addition, because of all the automated functions, a robot car is more likely to run in a more cost effective way.

Thanks to robot cars, people will no longer have the option to use their cars less, as the idea of being driven around in a driverless car is quite appealing. The fact that a robot car is safer and more convenient is more than likely to attract people. This means that in the long run, since more people would prefer to leave their vehicles at home, there will be less air pollution as well as more parking space and less congestion on the roads and this may help to ease up traffic quite a bit.

Some of the great features of a robot car include; parking sensors which will let you know if you are about to hit something, and it will also make parallel parking much easier, dynamic headlights which will automatically turn on and off, and they will also dim whenever a car is close, they also have collision stoppers, and this will prevent accidents by making sure that there is always a safe distance between itself and the adjacent cars. Incase another car is about to cause an accident, it will detect the high oncoming speeds and avoid it.

Why choose the .com domain for your website domain name