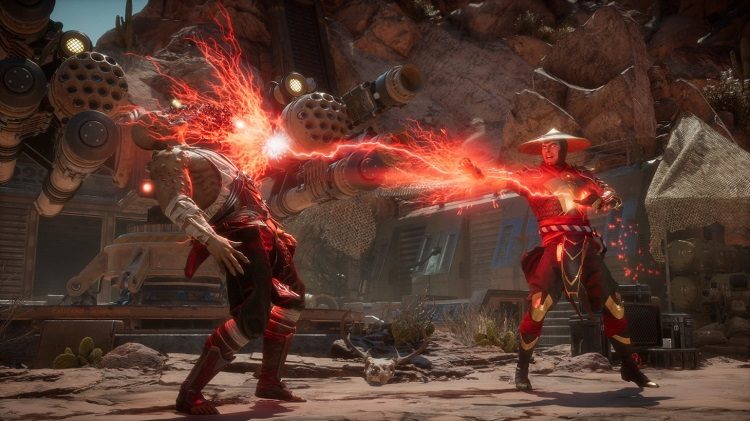 Mortal Kombat 11 is damn fine and here is why

Looking back, the whole original trilogy that Nether Realms released still feels very special up to this day especially that the Mortal Kombat 11 finally launched last month which stirred a lot of that nostalgic feel knowing that the previous releases of the franchises were somewhat defeating the entire hype which is why a lot of fighting game loyalists and avid gamers are looking forward to its release and they were not disappointed in their first impression of the game.

As far as what fighting game players are concerned, they find the Mortal Kombat 11 good enough while some gaming critics are digging deeper knowing that a lot of fighting games including the Mortal Kombat franchise is a pretty deep rabbit hole which means that they have to wait for more Downloadable Contents (DLC), add-ons, new features, characters and finishing kills or ultimately the complete edition of the game before they can properly write an entire review of the entire game.

With all the new features that came with the Mortal Kombat 11 including its improved story campaign, a lot of players have mixed emotions to it. To begin with, the game is just entirely great because Nether Realm Studios have modified the version of the Unreal Engine 3, and whatever the studio has done making the entire game outshine all the games that were developed using the Unreal Engine 4 such as the Street Fighter V and the Tekken 7 in terms of graphics goodness.

Everything from its character models, textures, intricacy, and the stages, the effects, the blood and the entire action of the game is just purely a bliss and noticeably Nether Realms Studios have poured a hefty budget for it which is why it has tons of mortal kombat 11 download in Steam.

A lot of players have noticed the great stage designs because of its various locations where it is more interactive than the previous versions of the Mortal Kombat franchise not to mention the throwback feels of the tournament stage where the audience are the Shaolin monks wearing their traditional orange robes, ironically they are just sitting corpses instead of the ones that you enjoyed before.

Nether Realms Studios did not fail in emphasizing the atmosphere for Mortal Kombat 11 because of the environment is simply astonishing because it is totally affected when the characters move like dust swirling in the background along with the smoke and all other elements that are affected with the action happening in the game.

Also, Nether Realms Studios did not fail the fans of Mortal Kombat because of its new character designs where the game’s favorites like Sub-Zero, Raiden, and Scorpion have options to wear newly designed outfits or the throwback outfits they used to wear before.

Overall, the Mortal Kombat 11 is a pretty good fighting game by maintaining its arcade style at the same time successfully incorporating the high-end graphics, gameplay and other fresher aspects that makes it playable for hours. If you want to play Mortal Kombat 11 for free, click this.

Why Choose 9Apps Store Amongst So Many Play Stores?

Why Be An Android Apps Developer