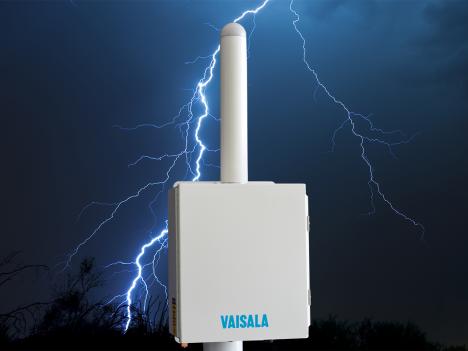 What Are Lightning Sensors and How Are They Improving Weather Technology?

Severe thunderstorms bring about dangerous conditions from strong winds and heavy rains, but few things are as frightening as the static discharge that jumps from cloud to ground. You probably know to seek shelter when you find yourself in an open space as storm clouds gather, but what if you could get an alert about impending danger before you even venture outside? While there are many different tools to measure weather, lightning sensors are essential components of an accurate first warning system. Here’s an overview of how this technology works.

Have you ever listened to the radio during a thunderstorm and heard a crackle at the same time as a flash in the sky? It might be annoying, but this phenomenon is at the heart of how these sensors work. Whenever static electricity builds up inside a cloud, the energy dissipates in the form of lightning. You’ve probably seen streaks of electricity arc down from the sky, but that’s only a small fraction of activity during a storm. The first discharges in a thunderstorm typically occur in a cloud’s interior, but they still emit enough of an electromagnetic pulse to register on detection equipment.

It’s good to take heed when meteorologists issue severe thunderstorm warnings, but they don’t offer a lot of early notice. With Earth Networks software, you can view a lightning strike map real time, which can help you see potentially dangerous situations up to 30 minutes in advance. When the network of sensors indicates a significant number of discharges, it triggers a Dangerous Thunderstorm Alert, which often arrives earlier than official warnings.

Now you know about the lightning sensors importance in creating early warning systems, contact Earth Networks to find out how you can install one of these detection devices on your property. By tying your home or business into the network of measurement stations, you’ll get a hyper-local picture of your own conditions while also keeping your people safe from severe weather.

What Search Engine Optimisation Can Do For Your Company