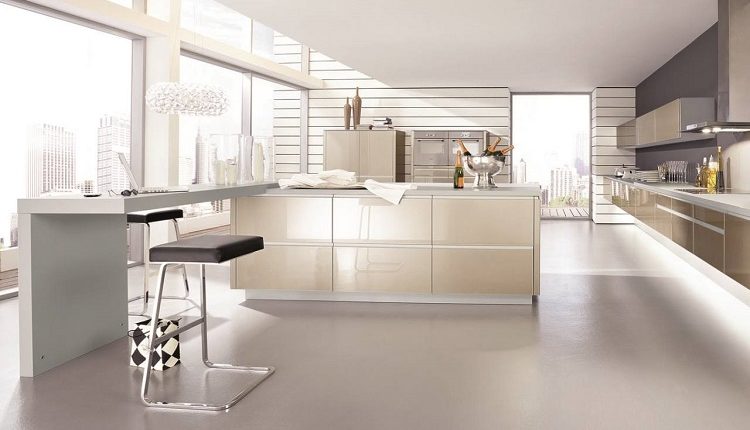 The future is increasingly present thanks to advanced technology, and even Interior Design becomes hi-tech. Yes, because a good project is indispensable, but it’s not bad to amaze with special effects! Find out how to attract and convince customers with augmented reality, without even printing a change to your project.

Augmented reality: from Video Games to Interior Design, what are the new virtual projects?

There is no doubt: virtual reality is giving way to augmented reality. In fact, since 2018 worldwide sales of viewers have even exceeded 12 million units. The difference between the two lies precisely in the way consumers use it: for virtual reality, a Cardboard is enough for a screen less device combined with the smartphone, while for augmented reality standalone viewers are used, which do not require additional hardware for work.

It is estimated that in 2022, 68.9 million viewers of AR and VR will be marketed, mainly used for video games and spherical videos, i.e. with a 360 ° view. Angry Birds VR Isle of Pigs, for example, since last April has become a much more engaging and successful video game, thanks to augmented reality. Now he allows his famous angry birds to get bald, sending them against the obstacles of the living room at home, in the office or on the street. It soon becomes clear why the action scenarios offered by augmented reality have captured the attention of other sectors, from science to finance, from architecture to interior design. In this case, in fact, immersive architecture offers customers an engaging vision of the house, makes them live inside and touch the details as if they were already there. The augmented reality used by professionals is called ProVR and to work it needs a very powerful workstation with GPUs, which performs sophisticated graphic simulations, equipped with a suitable RAM memory. Does this seem like a difficult world to deal with? Don’t worry: we immediately explain to you how the new virtual Interior Design projects are and how they can multiply customers.

Let’s clarify immediately that augmented reality is different from the old rendering that is generally used in interior design. The rendering is done with Autodesk Revit, you look just a screen and transfer the project from 2D graphics to 3D modeling, creating animation video maker. If you are an Interior Designer you will know that the rendering is intended to capture the customer even before the engagement itself. In this phase it is a rough presentation with standard colors, a few foreshortenings and the usual men that populate the spaces. This type of virtual representation is great for projects commissioned by public bodies or private companies, which need a reference image to show to the financiers. Even for the holiday villa or the bar to open in the center, you need something that quickly captures the customer and makes him sign the contract.

Not only that, the rendering “ensures” that the project goes smoothly, without too many hitches and variations: only in this way is it competitive on the market. The problem is that at the time of actual design, virtual 3D is a boomerang, because the customer finds himself lost in front of different solutions, and the relationship gets complicated. Augmented reality, on the other hand, greatly reduces the differences between the rough 2D project and the final one, giving a spectacular and exciting view of the interior design.

For example with BIM, Building Information Modeling: a real revolution. It guarantees the elaboration from PC of a “twin” model of the real project not yet realized, called digital twin. The model can be modified, corrected and refined up to the executive level, even if you are in a team with other designers. Significant geographical distances are overcome from one another, thanks to an ACDAT platform, with considerable savings on travel. For this reason, it is a great tool if you are a freelance Interior Designer working in collaboration. In the BIM project, you use a simple camera , which frames the physical space where you want to insert a sofa or upholstery and augmented reality makes them appear directly at that point. The project is completed on PC, inserting in the model of the very common photos of the furnishing objects, of the finishes or of the lights, taken at suppliers’ shops or artisans. At this point, the beauty comes: by connecting the VR viewer to the PC, with special drivers “stolen” from the world of videogames, the customer enters the virtual environment, trying and discovering with augmented reality what you have designed for him.

Making available in your study a few square meters in which to move freely, he will enjoy walking, sitting, looking out, turning and dancing, pouring himself a drink in the interiors he has always dreamed of living. This experience, as well as convincing him completely for the purpose of the engagement , is very useful at a later time, to verify his expectations before moving on to the actual realization, reducing the costs of the variations.

Use augmented reality in interior design: the reference tools if you are profane or designer

If you are a profane of design but you want to experiment with augmented reality in Interior Design, you will be helped by retail: the Urban Ladder furniture site focuses on experiential marketing with the “Living Spaces” app, focused on the sofa object. In this case, all you need is a mobile device to download it for free and take pictures. Experiential also offers an app for smartphones or tablets, in Android or iOS and a special kit with instructions for use, dedicated to Interior Design.

If, on the other hand, you are a professional in the sector and want to win over customers, Edificius-VR is the software that can make your life easier: by immersing yourself in your project with the augmented reality viewer, customers can:

All at the sole cost of design, avoiding too many prints and hours of explanations. Not bad, don’t you think?

Tips for making the most of augmented reality in interior design

In summary, if you aspire to be an interior designer, we recommend that you start exploring the world of augmented reality and BIM. Immediately contact other who already use them, to join their team, train yourself and collaborate on a common job. If you prefer to work alone, we advise you to abandon old renderings and expensive prints to convince customers: become more competitive with augmented reality and offer your advice immediately!

How Does Technology Help our Environment? Read This!

Here’s How You Can Take Care Of Your Smartphone